You are here: Home1 / Undertone Singing in Austria – A Freaky Yodel Style

You probably never heard a traditional yodeling in this way. The bass accompanies the yodel chorus in the Kargyraa-Stil, an undertoning technique, which causes the ventricular folds to vibrate. Because I have encountered such a sound so far only in Sardinia and Corsica, but never in the Alps, I assume that this style is not traditionally Austrian. It is rather to be assumed that the singer has appropriated the singing technique of Central Asian styles. It is therefore a kind of world music, which, however, is not far from the traditional and sounds almost native. If someone knows more about it, I would be happy about a comment (and of course about any other comment).

All in all an absolute sound enjoyment. The rich bass fits very well to the earthy character of yodeling in the mountains. I love such new creations. 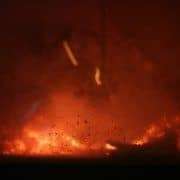 Your ears have super powers – convince yourself
Scroll to top