You are here: Home1 / Worth listening2 / Iridium – Spherical Film Music from Australia

Dean Frenkel is one of my favorite overtone singers. His clear, sparkling cleanly homophonic overtones bring out the special effect of the natural intervals in harmony with classical instruments particularly impressively. In “Iridium” he sings the 5th harmonic, the natural major third, to the minor third in the instrumental part, which I like very much in this piece.

In my overtone singing Masterclasses (year groups) I teach my students to avoid this conflict and to skip the 5th and 10th harmonic in a minor setting, or to replace them with polyphonic fundamental tone changes. Because almost all, even professional overtone singers improvise on the overtone series simply uncontrolled up and down, without even realizing that the natural major third is in conflict with a minor accompaniment, which I mostly do not like. Especially if the keynote becomes unclean, which usually happens.

I don’t know whether Dean Frenkel sings this interval in the composition consciously and deliberately, but I suspect so. Because of the fact that he sings his keynote so clean, the special effect of the 86-cent hovering of an equal-tempered minor third to the natural major third unfolds to a pleasure for me.

The film by cinematographer Murray Fredericks, producer Michael Angus and editor Lindi Harrison belongs to the SALT project, saltdoco.com, and shows in fast motion the miraculous change of Lake Eyre in Australia, which is rarely filled.

Cosmos – Sunrise – A Cappella from Latvia 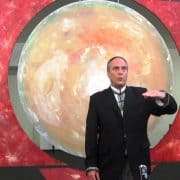 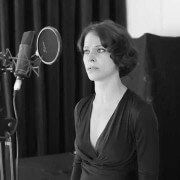 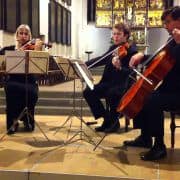 Song of the birds | Gareth Lubbe 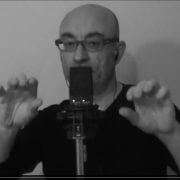